I realise my empty last posting needs some explanation. I mean I could delete it but where would the fun be in that?

Fun? Not feeling very fun-ny today I must admit. This is not because anything bad is happening in my life, it isn't. Just had a bad night a combination of the weather suddenly turning hot and humid (just for a couple of hours), people just down the way having friends round and making just enough noise to prevent sleep, cats deciding to take objection to other cats, and our dog taking exception to the cats taking exception to each other.

The "Oh dear" was because I was going to make a comment about how I had completely failed to make any further posting about the London Screenwriters Festival. But the inter-tubes in the place I'm staying decided to behave badly and that was as far as I got. Except I managed to post it.

Not very exciting at all.

I went to others of the sessions of course, nothing truly major stuck in my mind. Ellin Stein's session on editing down scripts was interesting enough; and the one on a new way of analysing scripts was passingly interesting, though the speaker was primarily selling his products - and his clientele is directors rather than writers.

I can sum up what he said: The key moments of a script are when a character perceives something different in their environment.

I had a go at the Pitch Factor on Saturday evening. It was fun and I was rubbish - but considering I wrote the pitch on the back a cigarette packet half a  minute before speaking that comes as no surprise. (I'm lying professionally here. It was a note pad, and I wrote it half an hour before.)

I also had a Speed Pitch session booked, which was also a bit poo. But I was similarly unprepared. No surprise there then.

I went to the Writing Fantastical TV session which had a good panel and the overwhelming advice was - smuggle it in. Of course, as I read elsewhere, it's ludicrous if TV commissioners say "oh that last SF TV series really bombed we won't do any more of those". After all, do they, when a cop show bombs, say "We won't do any more cop shows?" No, they don't.

There was also the Writing for Comics, another good panel and something I knew nothing about, so I was suitably enlightened. Interesting.

And, of course, I met new people and generally had a good time. So I'll no doubt do it again.

So, the Boy has been doing exams (his school push them through early GCSEs) so it's been a bit a stressful time for him. But he has come out the other side safely.

For the drama exam (part of English Language) they had to write their own 5min script based on Saving Private Ryan. Scripts is something we know something about so he got the job in his groups. (Actually it makes no sense, this is a drama exam so he gets nothing for the writing - surely they should just give them a script?)

Anyway, without going into detail, there was much to-ing and fro-ing with this script. He wasn't sure what to do, so we discussed conflict in scenes. His first version barely made 90 seconds. Then he got something sorted that was long enough. Then he found that his part was too short so had to add a completely new sequence into the scene, but we discussed what could be done and came up with something he liked and he wrote it. 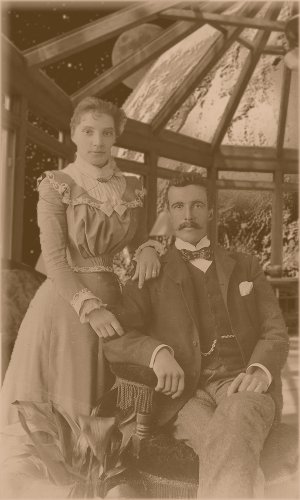 I'm currently working away from home during the week so the Teacher (okay, that's potentially confusing - when I say "the Teacher" I mean my wife, not his schoolteacher) helped him clean up the spelling and grammar. And then she wanted to put some additional instructions into the action lines and the Boy says "No, mum, you can't do that, that's director stuff."

There humour. (For the sake of completeness, yes, I know, in stage work the writer is god, so "director stuff" would be fine - but that wouldn't be funny.)

Anyway it all went off well and he got the equivalent of an A grade for the drama part - I'd have given him the same for the writing, but I'm a bit biased.

I am also instigating yet another blog - just a sucker for punishment - this one is specifically about writing the web series Winter which is going very nicely and I have some observations to make (well, I think they're interesting - others may differ.)
What's on the turntable? "The Third Hoorah" by Jethro Tull from "Warchild"

Email ThisBlogThis!Share to TwitterShare to FacebookShare to Pinterest
It's all about: LSF, LSF11, scriptwriting, the boy, the teacher, victorian, voidships, webseries, Winter, writing